Our latest project update is here. 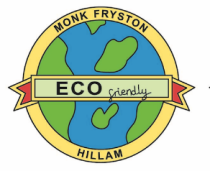 What the Dickens (Library)

For 3 hours on Monday 16th February the Community Association hosted the most distinguished group of people to attend a function in our villages for many years as they gathered to watch Mary Weastall, Chief Executive Officer of Selby DC and Assistant CEO of North Yorkshire County Council, officially open our redeveloped Community Centre. She paid tribute to the partnership forged out of adversity and need, between Community Association and Selby District Council's Western Area Community Engagement Forum and commented that the £200,000 investment which is a key part of the CA's Youth Provision Project, was an example to everyone who aspired to improve their community.

Mary, who was introduced by Nigel Adams, MP for Selby and Anisty, congratulated the Partners achievements as she unveiled a memorial mural which featured the logos of the 15 Donor organisations surrounding a photograph of the transformed Community Centre, which has doubled the floor space, and provided new toilets and kitchen and allows simultaneous use by different groups. She then presented a copy of the mural to each of the Donors, which included a number of local companies, including British Gypsum, Kingspan and Howden's Joinery as a token of thanks from the CA for their contribution to the project.

Earlier, CA Chair, Ray Newton, had explained that the project evolved from a recognition that there was a need to provide more activates for the village youngsters. However, the catalyst was a series of pop up teenage facebook parties which caused outrage amongst village residents and led the members to decide to do something. The result, just over two years later is a transformed Community Centre, which will be a lasting legacy and benefit for the village, 3 new youth groups have already been established and more are planned. He thanked all the donors and project partners and said "we simply could not have done it without the knowledge and goodwill of willing and helpful partners".
During his presentation, Ray, invited a number of donors and key supporters to give their views of the project, which Community Activists who attended from around the District commented had provided them with valuable tips and advice to help them for their planned projects.

Cllr Andy Pound, Chair of the Western CEF, commenting during presentation
"This is a great example of what over vision of CEF could be. We have the expertise and contacts to help community grass roots organisations to achieve what they want to do. We have been delighted to help the Community Association achieve their aims for their Community and in particular, the needs of the youngsters. We know that other communities and have similar needs and hope that this very success project will inspire everyone in the future".

The opening was planned for half term, when the Centre is used less to enable the Donors to attend during their normal working week. Many took advantage of the opportunity, and were delighted to see how their donations had been spent and learn more about our Villages and Community. All were very impressed and we know left, as did the other dignitaries and local residents because they have told us, with a very good impression and have been delighted to help us.